The Corps of the Guards is the honor guard of the Principality of Seborga.
The Guards, whose main duties concern representation and ceremonial, protect the figure of the Princess and her family, assisting her on official occasions; in particular circumstances they guard national borders. Within the Corps of the Guards there is also a regiment on horseback.
Every first Sunday of the month, around noon, the Guards are in charge of firing a shot from our cannon located at the Belvedere in the Martiri Patrioti Square, a ceremony that takes place in the presence of some Crown Councilors and – when possible, according to her agenda – by HSH the Princess.
The Corps depends on the Princess via the Crown Councilor for Defense and the Guards report to a Commander.

Coat of arms of the Corps of the Guards 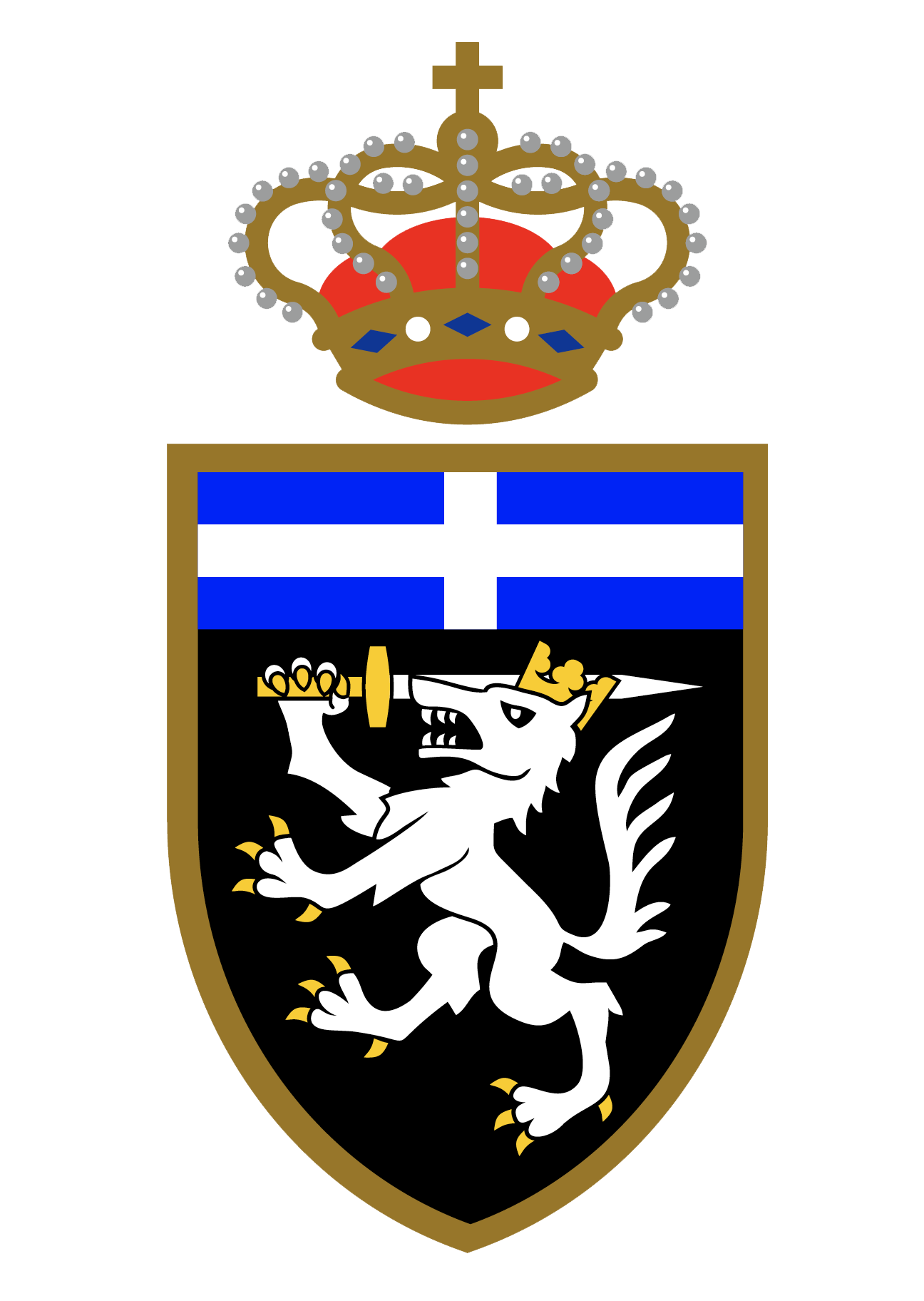 The coat of arms of the Corps of the Guards was commissioned by the Principality of Seborga to the heraldry expert Ezio Forcella, also author of the coat of arms and the personal banner of HSH Princess Nina. The Guards had always used the same coat of arms of the Knights of St. Bernard and in 2021 the Crown Council decided to remedy this anomaly by providing the Corps with their own coat of arms and reserving the exclusive use of the old coat of arms only to the Knights of St. Bernard.
The coat of arms shows a rampant white wolf, a heraldic symbol of a bold character. The wolf is armed to represent determined defense, is white to symbolize selfless loyalty and is crowned to indicate the trust granted by HSH the Princess to the protective guards. The shield has a black background to make the heraldic figures emerge from the dark: it is a heraldic transposition of the technique with which Caravaggio usually painted, who was able in this way to draw his figures with light. The head of the coat of arms reproduces the shield of Seborga with the traditional white cross on a blue background. 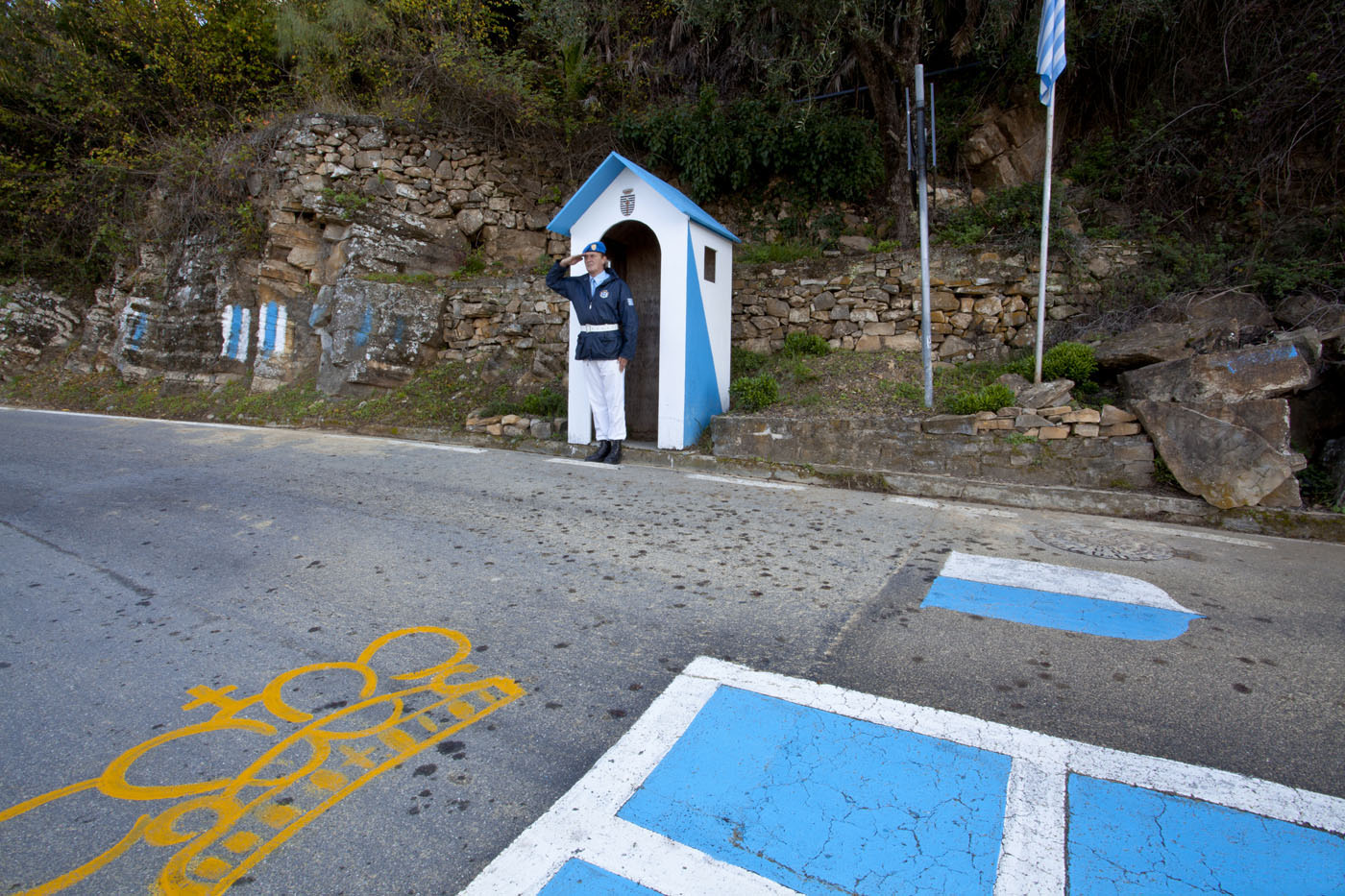 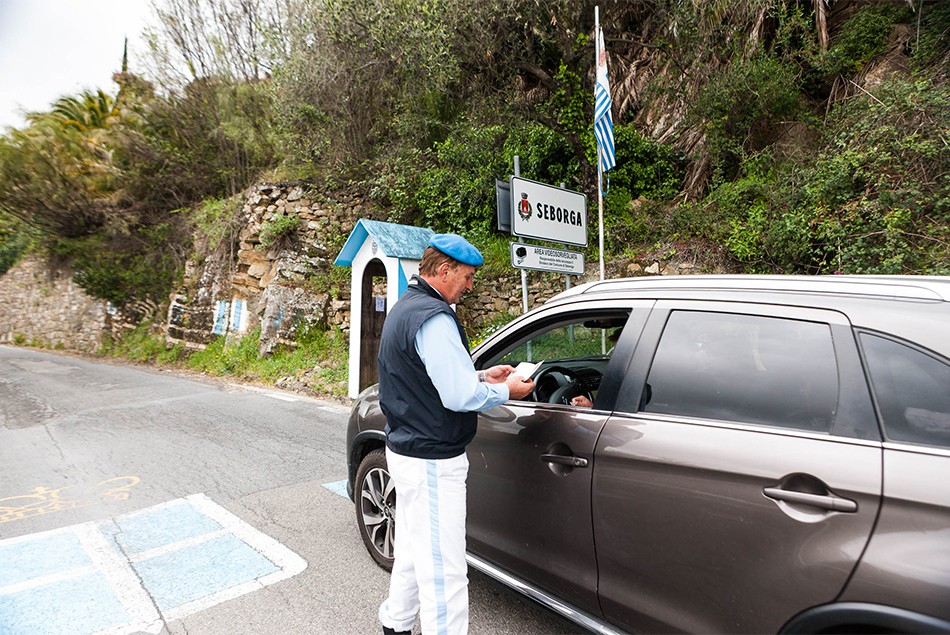 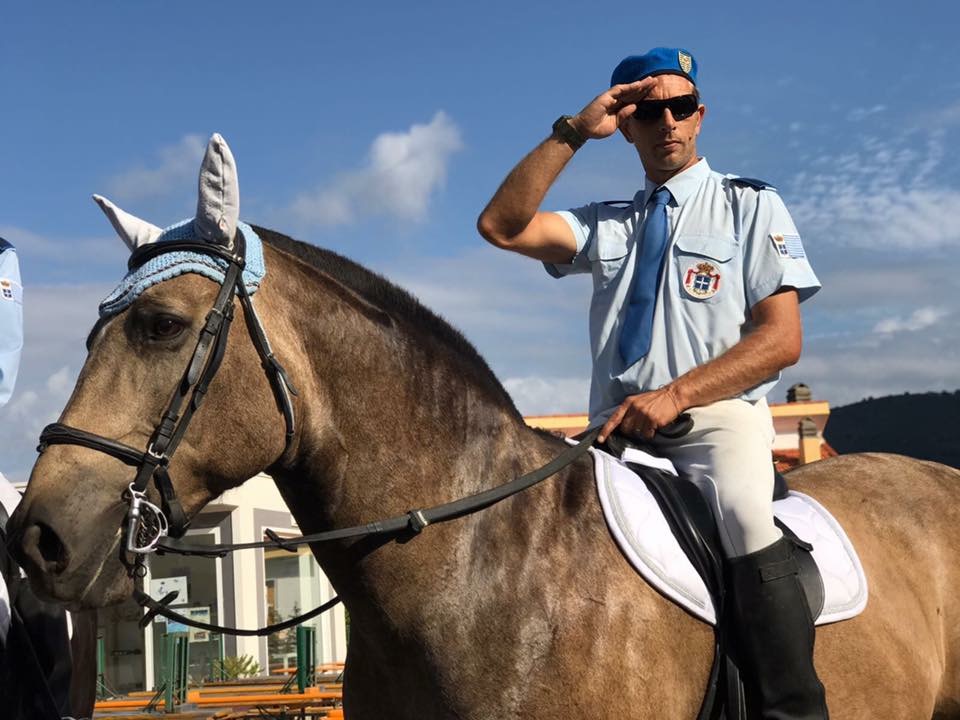 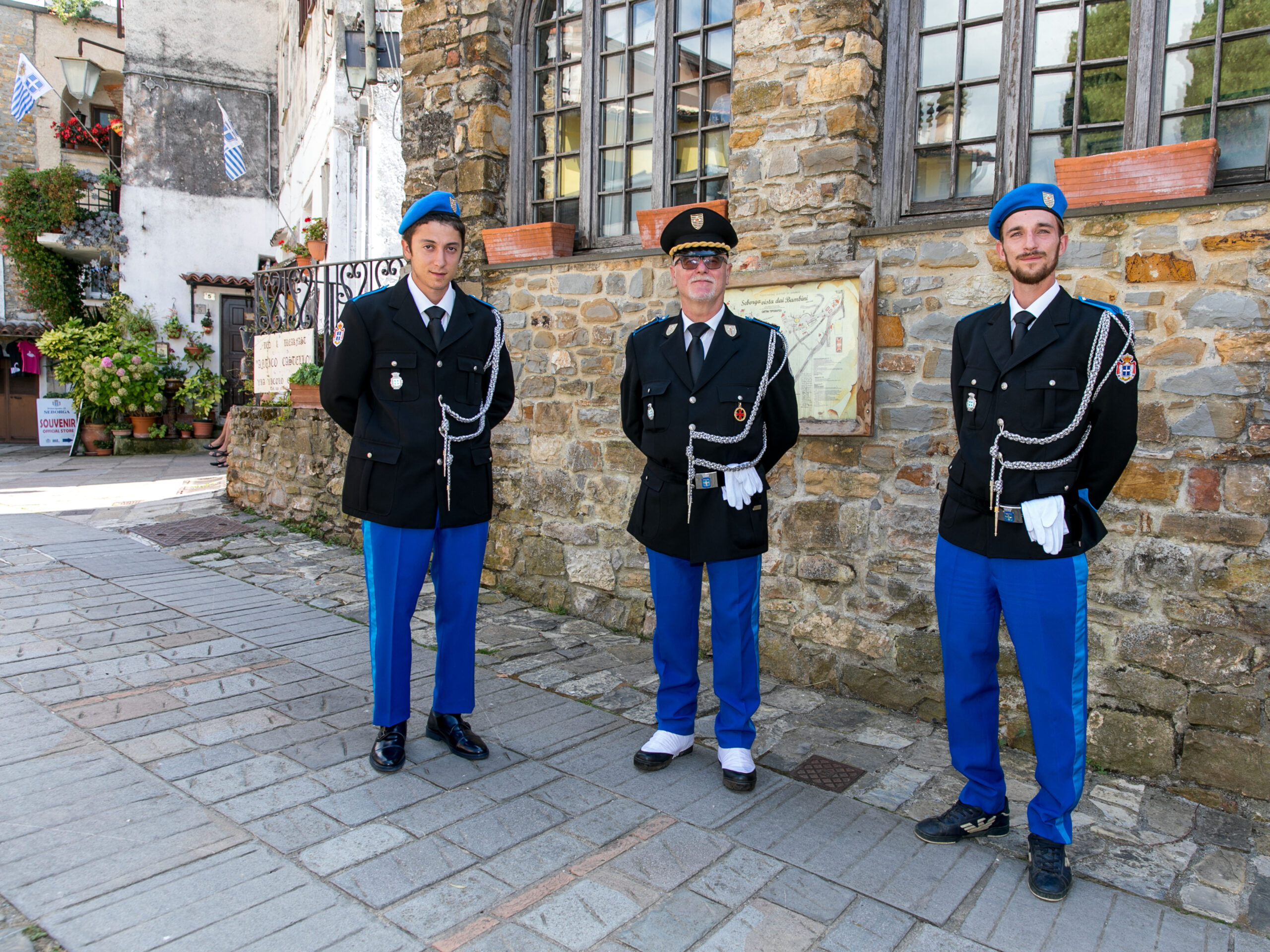 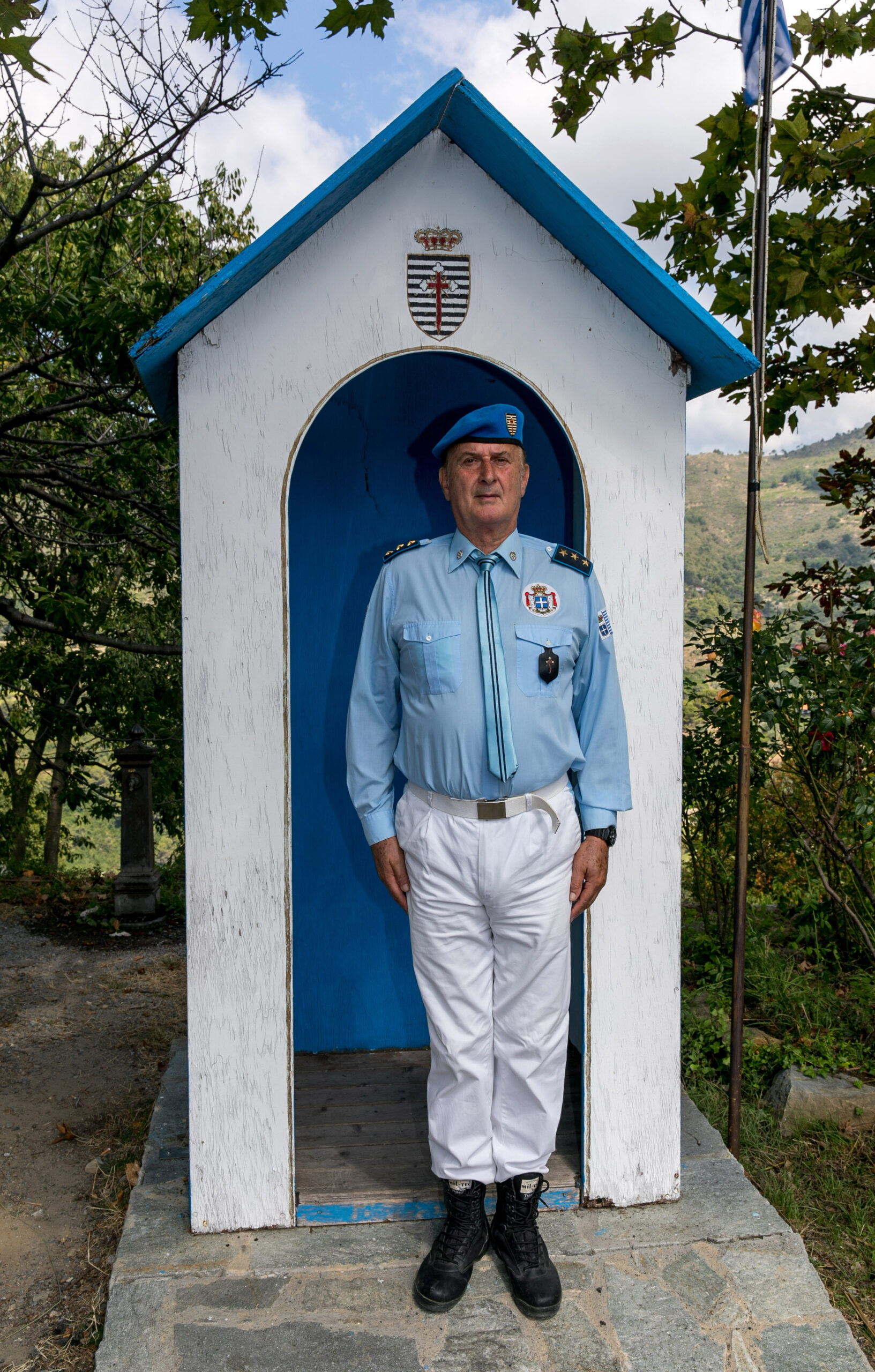 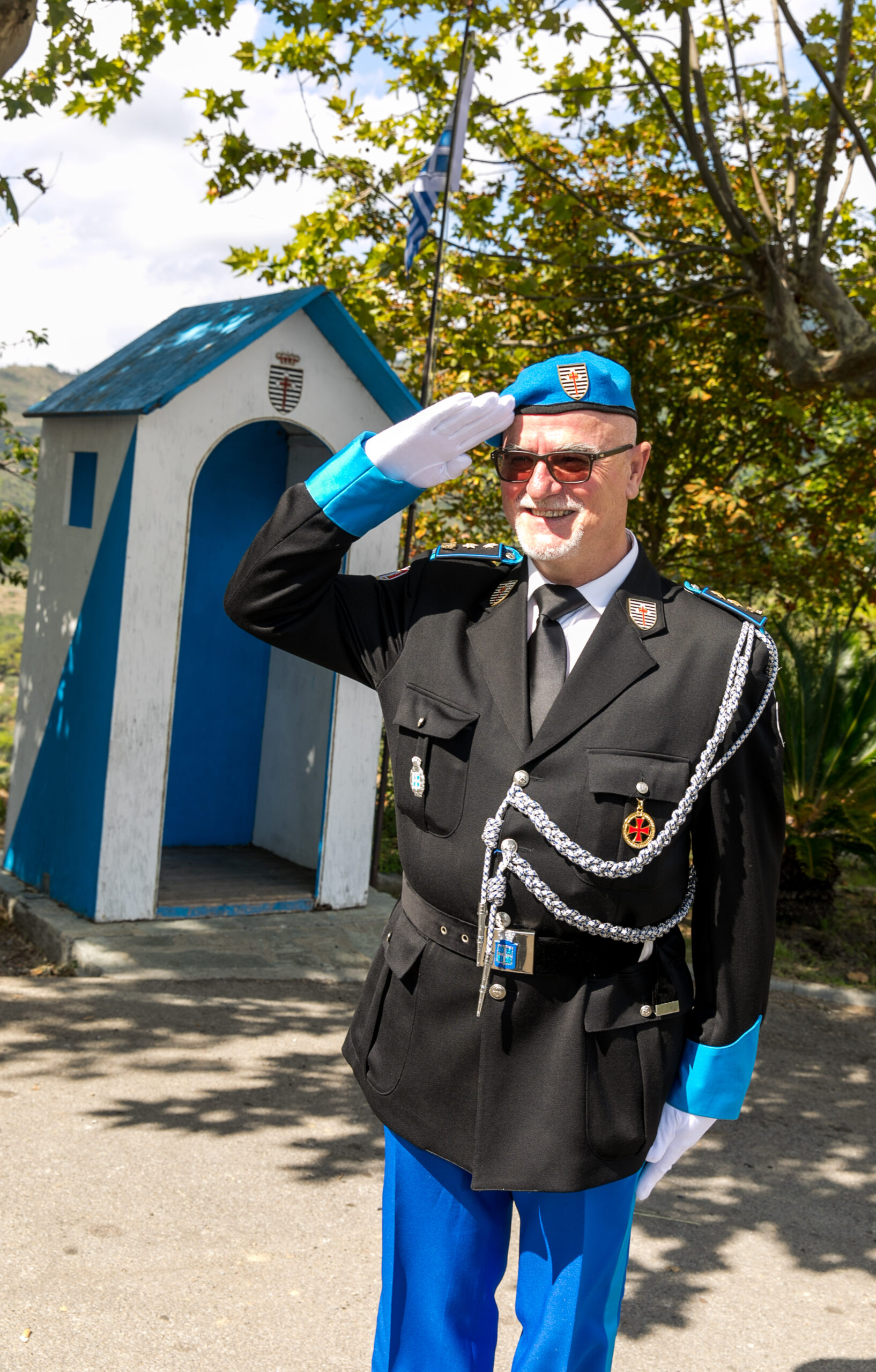