Why we are independent

… because we have never ceased to be so!

Seborga became an independent state in 954, when Count Guidone of Ventimiglia donated it to the Benedictine monks of the Abbey of Lérins, and in 1079 became a Principality.
In 1729 it was sold by the monks to Victor Amadeus II of Savoy, but: 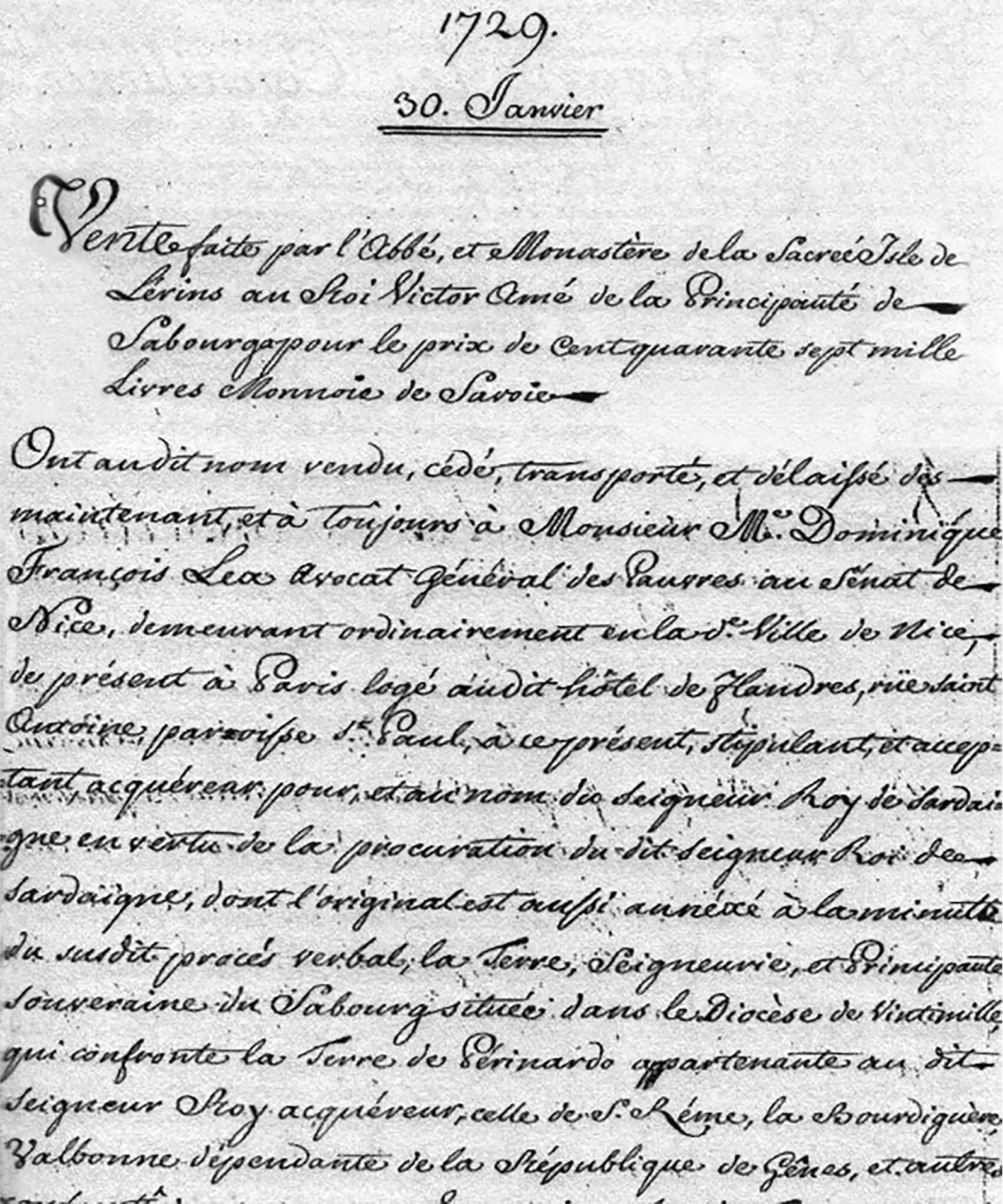